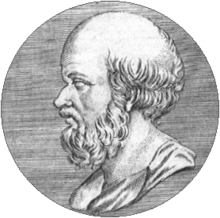 primes is a command-line interface for finding prime numbers, using the Sieve of Eratosthenes. It’s a simple example of a Rust program and how darned fast Rust can be. I use it often to find primes for use in cache expiries or cronjob periods, in an effort to avoid the Thundering Herd problem. When I come across arcane values like 1009 in config files, I know I’ve been there. This is useful as quick verification that I’ve already reviewed a system, as nobody else is insane enough to set a TTL to a godforsaken value like 3593 when 3600 would do. Also, I’m sorry but it’s true. Prime numbers are very, very sexy. I dare you to install this utility and not have a grand old time.

Takes two numbers (unsigned integers) and returns all the primes in that range, inclusive:

This is just a toy. It should not be used for finding really big prime numbers, although it works nicely for moderately big numbers, such as you are likely to encounter in real life during the lifetime of this universe.

To install, you must first have cargo. Then do: